Hello Cuties :)
It's time for the very first discussion question from the incredibly fun "Bloggy Book Club"! As you've probably read from my previous post, we are reading "Water for Elephants" for 6 weeks and then will discuss what we've read so far. It's not too late to join if you haven't. Just click on the button at the top right of my blog. Let's start discussing!
Question: "How did Jacob's experiences of being old in the nursing home affect you?"
I have to start off by saying that I got a kick out of it since my husband's name is Jacob and I can totally see him being that spunky in his 90's. Lol! But, back to the book...I fell in love with Jacob's character right from the beginning. The way that he describes he's every moment, the fellow residents in the nursing home, and how age will sneak up on you was amazing.
I loved how even though he is "kinda up there" in age, he never lost his inner youth. He is very spunky for his age. The way he talks about wanting a woman but then says he would rather sink his teeth into corn on the cob was hilarious! Sometimes you just got to have what you want, right?
The only part that I did not like about the nursing home scene was how certain people treated Jacob. When he finally spoke up for himself, his "friends" basically turned against him looking at him like a madman. I did not understand this part at all. It would seem as though the one's that knew him the longest would've taken his side over the "new guy". I also didn't like how the nurses treated him. They also treated him like he was a crazy, little kid instead of the dignified older gentleman that he is. I guess this is a sore spot for me because I would see this all the time when I would visit my grandmother in the nursing home. I wanted to scream "Show a little respect!" sometimes, which is what I did in my head when I read the nursing home scene in "Water for Elephants".
My Thoughts So Far...
I like this book for so many reasons. The description, the characters, the environment, the comedy...the author makes you feel as though you're right there with Jacob. I look forward to getting into this story more and the discussion questions that are to follow :) 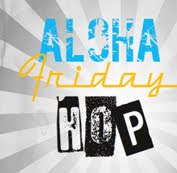